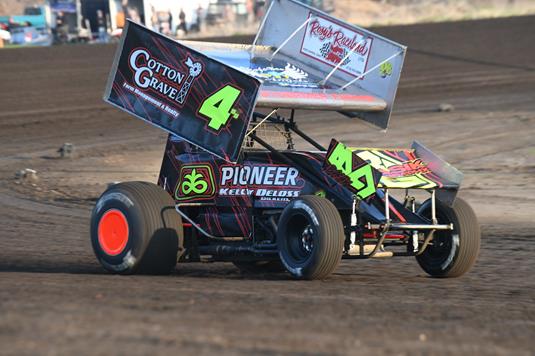 Jody capped off a busy 4 day weekend of racing by picking up the 305 win at the Clay County Fair Speedway in Spencer, Iowa Monday night. Jody finished 2nd in his heat earning him the 3rd starting position in the feature. Jody jumped into the lead early in the race and never looked back garning his first win of the 2022 season. The weekend started for Jody Rosenboom Racing at Jody’s home track Rapid Speedway in Rock Rapids in 305 action. Jody started 4th in his heat race and finished 2nd. Jody started inside of row 4 for the A feature in the 7th position and would run the #4ss sprinter up to a runner-up finsih. Saturday the team would head to Park Jefferson Speedway, in Jefferson, SD for MSTS 360 action. Jody finished 3rd in his heat race scheduling him to start 9th in the A Main. Jody would pull in early in the feature noting track conditions for his early departure. Sunday evening the team headed to Husets Speedway in Brandon, SD to compete in 410 action. Still waiting on engine parts Jody ran his 360 against the Outlaw sprint class would finish the night with a 25th place finish.