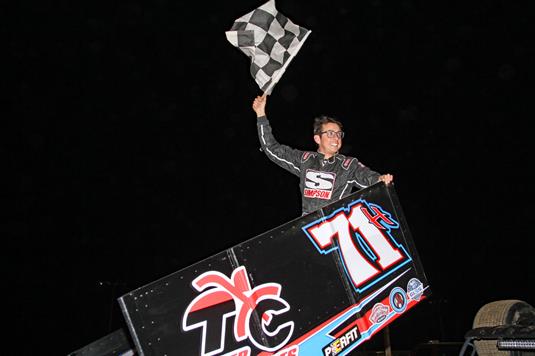 Lake Odessa, MI (Thursday, September 2, 2021) – With just four races remaining in the 2021 season, the Great Lakes Super Sprints Presented by Engine Pro and ARP head to I-96 Speedway for the final time this season. The weekend features a GLSS doubleheader at I-96, while the other Great Lakes Family of Sprint Cars join them Friday before heading separate ways on Saturday.

The last two events at I-96 came back in July and saw Lima, Ohio’s Max Stambaugh become the first driver of the season to collect multiple wins at I-96. Until the July race, there had been four different winners at the Lake Odessa speedway in four races. Ryan Ruhl, Matt Covington, Brad Lamberson, and Stambaugh were the four different winners. Now, with the final two races at the speedway this weekend, it’s possible two more names could be added to the win list this season.

During the last GLSS race weekend, Hartford Speedway and Thunderbird Raceway hosted the Tour for the final times this season. Ruhl extended his 2021 Championship points lead with a Friday night win at Hartford over Chase Ridenour and Dustin Daggett. On Saturday, Gregg Dalman snapped a two-year winless streak with GLSS, coming from ninth to collect the win. Ruhl and Danny Sams III rounded out the podium.

For more on I-96 Speedway check out www.i96speedway.com.